How important is subjective cognitive decline?

The WA Memory Study (WAMS) started in 1996 by Professor Ralph Martins and has been led by A/Prof Hamid Sohrabi since 2010.

The WAMS is an ongoing longitudinal study of cognitive ageing. The study is trying to understand:

Such investigation will allow the discovery of new methods to predict, diagnose, prevent or treat cognitive impairments in older adults.

One of the earliest age-related changes in cognition is subjective cognitive decline (SCD). The SCD is a self-reported decline in different cognitive abilities that was previously known as memory complaints. Complaints about cognitive functions including concerns about memory, ability to make decision, paying attention, and so on increase with age and are commonly seen in individuals aged 40 years old and over. Older adults usually report on what is known as experiencing ‘senior moments’! Complaints about losing keys, forgetting to take medications or attending an appointment, word finding difficulties, and even leaving the stove on when it is no longer needed are some examples of ‘senior moments’. These memory fails may significantly affect one’s daily living activities and have safety and healthrelated implications.

We have previously shown that memory complaints are associated with quality of life, depression, and objectively assessed cognitive functions. Recently, using data collected from the WAMS, we noted that the severity of memory concerns is a major factor associated with a person’s current cognitive abilities. This finding implies that the severity of complaints about memory may predict future risk of dementia and long-term studies will prove if this is the case.

Self-reported concerns may become useful as an early marker for screening those at higher risk of dementia. Furthermore, informed by the WAMS data, we have developed a measure to assess complaints about memory and other cognitive functions and their severity. This measure is still under investigation in our centre and we will report on it in the near future.

If you are interested in participating in the WA Memory Study please contact Jo Shaw on (08) 6457 0264 or j.shaw@ecu.edu.au. 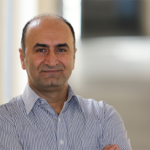 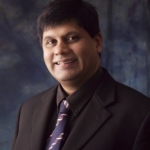 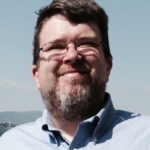