A Personal Experience with Alzheimer’s 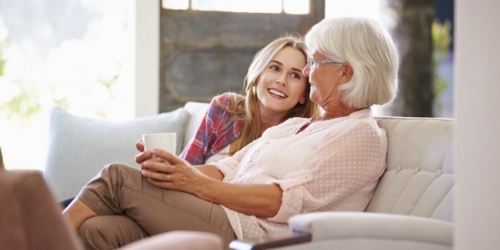 So many of us have a personal experience with Alzheimer’s disease.

In honour of World Alzheimer’s Day on September 21, Student Edge asked their members to share their personal Alzheimer’s experience.

Congratulations to April Carey for winning the writing challenge, My Personal Experience With Alzheimer’s.

The early stages are the most saddening.

When you are both a people pleaser and someone who is affected quite considerably by the emotions of others around you, Alzheimer’s and dementia can be very hard to comprehend.

Around a year ago, my family slowly moved into the suburbs to live with my Nana. Although we were initially living all over the place – my sister working in the country, my dad working long hours and me being at boarding school for my final year of schooling – the way that Alzheimer’s moved us was considerable.

Here are some observations from my Nan’s experiences.

Sometimes you have to remind them.

My Nan had a great friend who sadly passed away a few years ago; she often asks why he doesn’t come over anymore. This part has really touched me personally, because he was like an adopted member of our family for a very long time, and she was unable to remember that he had died from illness.

Sometimes they don’t need to remember.

When my Nan is in her garden, it’s like all her weakness and forgetfulness is decreased to a speck. She doesn’t need to remember dates; she doesn’t need to remember names, or faces, or times, or what medication to take at what hour of the day. She could stay in the garden all morning and afternoon – digging and turning the soil, planting and watering new and vibrant flowers.

Some days are worse than others.

On the day of my Year 12 ball, I was getting ready at the house. The makeup lady had come and gone and my sister was doing my hair. My Nana walked past and said hello and went outside to where I heard her talking to my dad about my sister’s ‘friend’ and how pretty she looked. Unfortunately, I was ‘the friend’. Although it was only for a short moment that she didn’t recognise me, and I did look a little different, this did make me realise the severity of her memory loss.

Sometimes you have to let them carry on.

Stories are told over and over. The stories may change with every person they are told to but the best thing to do is just to let them carry on with their stories. Patience is key to living with someone with Alzheimer’s. The story may even be told three times in one minute, but if the story is happy and it makes the person happy to tell it, let them carry on.

Sometimes they will blame you.

You have to remember they sometimes don’t recall things they’ve done themselves. My Nan, for instance, has anxiety about her items getting stolen or people going through her bags, and wants everyone to stay out of her room. She often hides things around her house and quite often blames someone else in the house because she can’t find them. Most times, it’s okay to let them believe that, because they aren’t going to remember this in the near future.

Sometimes it’s okay to tell them the truth.

Although a majority of the time you are letting them off for not remembering things, making up stories or blaming you for things you didn’t do – it’s okay to tell them they are wrong too. Having Alzheimer’s doesn’t make you less of a person and you have the right to know the truth still. Telling them that what they did was wrong or what they did has hurt someone is okay.

These events come from only the early stages of my Nan’s Alzheimer’s; I couldn’t begin to imagine the events and the impact it may have on families living with someone who has the full-scale of the disease.