Home > News and Events > Sex on the mind: Benefits of sex hormones to the brain.

Sex on the mind: Benefits of sex hormones to the brain. 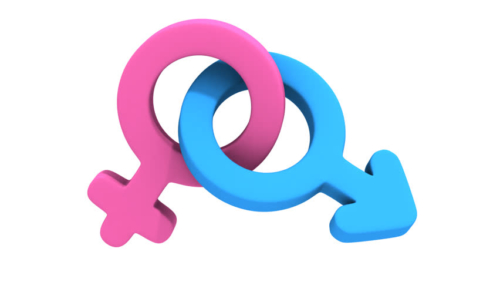 One of the proposed reasons for cognitive decline and Alzheimer’s disease is the age-related decline in sex hormones. Research indicates that the relatively abrupt loss of estrogen and progesterone at menopause in women and the more gradual decrease in testosterone in aging men are likely risk factors for Alzheimer’s disease.

Hormones are chemical messengers that travel in the bloodstream and regulate complex processes within the body including growth, metabolism, appetite and reproduction. They are also very important for brain function, for example facilitating brain cell connections to allow memory processing, consolidation and retrieval, and protect the brain from inflammation or oxidative stress. Imbalances in hormone levels can influence behaviour and promote diseases such Alzheimer’s disease and type 2 diabetes.

During aging, there is a normal decline in sex hormone levels, resulting in hormonal deficiency known as menopause in women and andropause in men, together
with a deterioration in general health, mood and cognitive abilities. In postmenopausal women, a number of studies have shown a correlation between decreasing levels of oestrogen and increased levels of beta amyloid load, a major pathological hallmark found in the brain of people at risk of Alzheimer’s disease. Although the role of testosterone in men has received less attention, Professor Martins and his team have shown that it shares a similar action to that of estrogens on the generation of beta amyloid and therefore has a similar role to estrogen in relation to Alzheimer’s disease.

Previous research indicates that testosterone replacement reduces beta amyloid levels in both the blood and the fluid that surrounds the brain (cerebrospinal fluid). These studies suggest that the reduction in testosterone during aging could contribute to the development and underlying causes of Alzheimer’s disease.

Professor Martins and his team, in collaboration with Dr Adrian Zentner, conducted a pilot study
in Perth with 25 men all receiving testosterone treatment. The data from these men demonstrated that testosterone treatment lowers beta amyloid levels in four months in most of the men in the study and lowers another hormone, luteinizing hormone (potentially a major contributor to Alzheimer’s disease) in all participants.

Luteinizing hormone is secreted from the pituitary gland into the blood system which stimulates the production of hormones such as testosterone, estrogen, progesterone, activin, and inhibin. In aging men, luteinizing hormone levels have been shown to be two to three times higher in older men than in men in their mid-20s.

The study is being conducted across two sites. In Perth, the Foundation’s clinical research site on Stirling Highway, Nedlands will
lead the study. The second site is at Macquarie University in NSW. The study is targeting men who have testosterone levels at the low end of normal and who have subjective memory complaints. Eligible participants will receive 13 months of treatment.

A number of parameters will be measured at baseline (before treatment), during the trial and at the end of the trial (56 weeks). The parameters to be measured will include neuropsychological
assessments to assess whether benefits to cognition and memory are observed, brain imaging, including MRI, FDG-PET (to determine if there are improvement in brain glucose metabolism), and Amyloid-PET (to determine if there is lowering of brain amyloid load).

The trial is still looking for participants. If this study is of interest to you, please contact the Clinical Trial Co-ordinator Shane Fernandez on 6304 3966 or email s.fernandez@ecu.edu.au